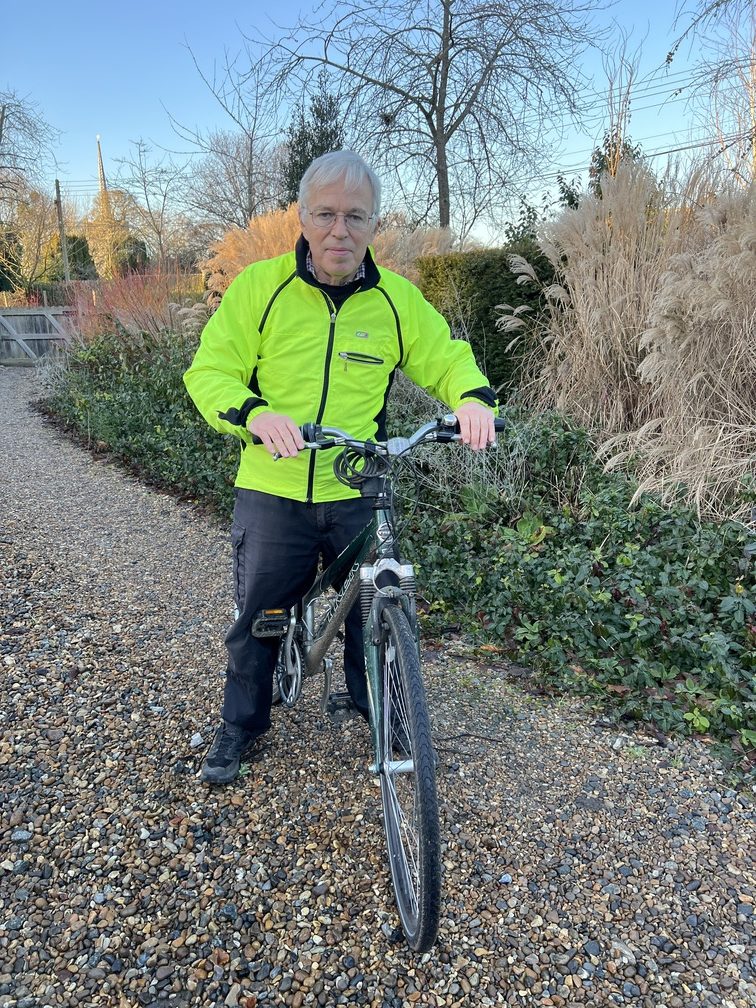 Suffolk Coastal Green Party supports many of the individual proposals in the plan including development of the Aldeburgh-Leiston disused railway line and safer routes between Snape and Aldeburgh.

But, says Green Party Chair, Julian Cusack (pictured above), ‘We are disappointed that the Council’s plans for rural areas lack ambition. The Council does not seem to recognise that people are deterred from cycling between villages or into their local town by understandable fears for their safety.’

‘The gold standard for cycling is physical separation from motor vehicles and pedestrians. This is what we would like to see along significant major roads including the A12 north and south from Darsham Station. ‘

‘Elsewhere, cycling and walking on our country lanes can be made safer by speed limits on the newly designated Quiet Lanes and simple measures such as repairing passing places on single track roads many of which are severely pot-holed’.

Cllr Tom Daly (Green Party, Aldeburgh & Leiston) said ‘ I hope that the Sizewell C proposal will be refused by the UK Government. But if not, it will cause massive disruption to walking and cycling routes. It is extraordinary that East Suffolk’s Council’s consultation barely mentions this risk.’

Rachel Smith-Lyte, Green Party Councillor for Melton added “I am supportive of the extensive proposals in the Consultation document to improve walking and cycling facilities in Melton and Woodbridge but as I have already said in more than one meeting, I want to see much more ambition around safe walking and cycling and where traffic separation may not be possible, at the very least we should be reducing rural speed limits to 40 mph maximum between villages and towns. There is also way too much road kill and horse riders as well as cyclists and pedestrians take their lives in their hands every time they venture out. I will continue pressing for maximum ambition when it comes to implementation.”